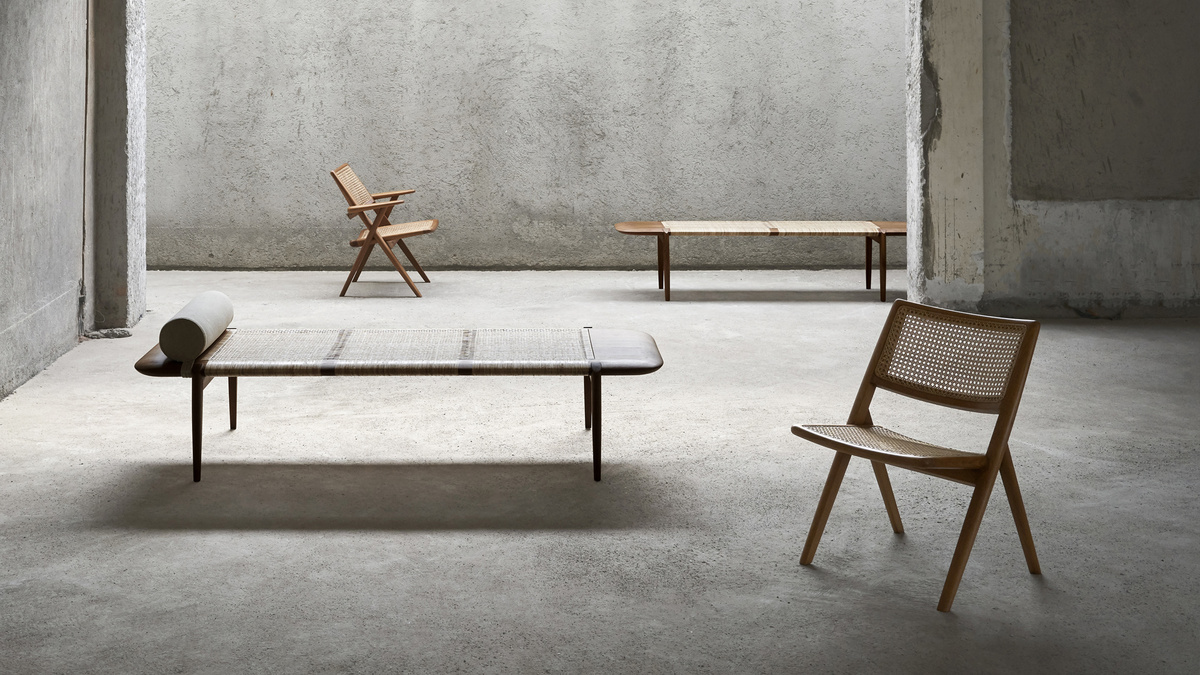 The collection draws inspiration in equal parts from the modernist legacy of Chandigarh’s mid-century furniture, and the level of skill that traditional Indian craft based production offers. The Japanese and Danish design traditions of Kyoko Inoda and Nils Sveje are also evident in the designs.

Muṅgāru is a Kannada word (language spoken locally in Bangalore) used to describe the gentle and rejuvenating pre-monsoon rains. INODA+SVEJE's first visit to Phantom Hands in 2017 coincided with the onset of the monsoon season, and the name became apt for the first collection they conceived for Phantom Hands.